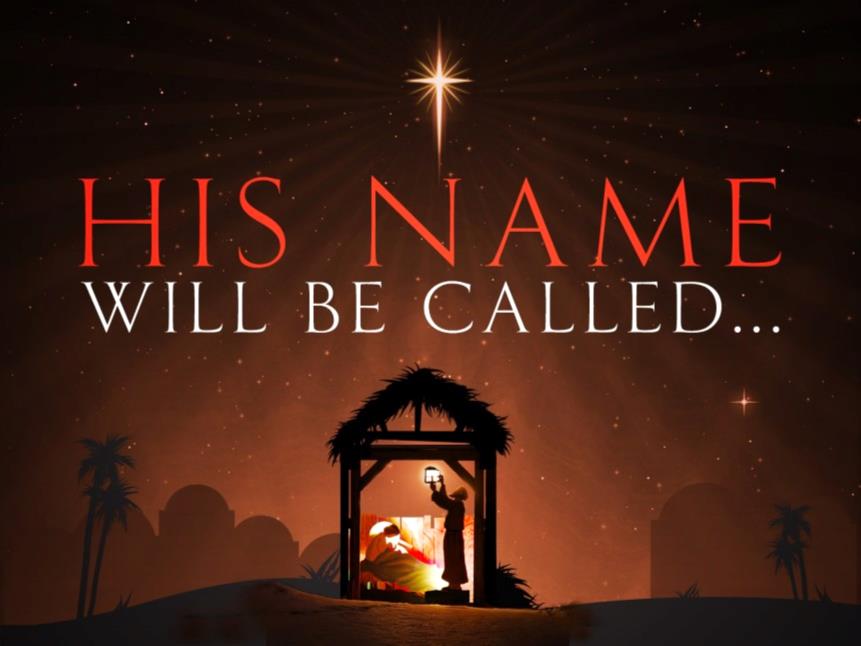 I have a collection of old family Bibles at home, some of which are well over 100 years old.  There is my Confirmation Bible—the purple hardcover with my full name (including Gilbert!) embossed in gold letters on the front.  There is the small Bible Dad carried throughout the South Pacific when he served as a Navy Chaplain in World War Two.  Much of it is underlined with pencil.  And there is the Bible given to my grandmother Helen (Gertrude!) Goff by her minister father upon her graduation from high school in 1912—with all the family marriages inscribed inside.

Names are important, which is why people used to carefully write them down in their family Bibles so as not to be forgotten.  Looking at these old Bibles from our own family history, I am amazed by the names that were chosen for us: names like Evor and Lucia, Helen and Claude, Althea, Gabriel, Brainerd, Gladys, Welker, Sophonsiba and Haroldine.  Haroldine??  What were her parents thinking?  In Haroldine’s case, not very long.  Her father Harold returned from France but did not survive the effects of the chlorine gas used by the Germans in World War One, leaving his young wife Althea widowed and six-months pregnant.  As the story goes, it was a clerk at the local grocery in Toledo who suggested that Althea name her unborn child after his father.  She agreed.  Except that “he” turned out to be “she.”  Hence the name, “Haroldine.”

The Bible is full of famous naming, because the God of Abraham and Sarah, Isaac and Rebecca, Jacob and Leah and Rachel knows us and calls us by our names.  In the concentration camps of World War Two, people’s names were taken away as a means of dehumanizing them, to be replaced with numbers tattooed to their bodies.  God doesn’t see us as numbers.  God knows us by our names.

In the Christmas Story, both Matthew and Luke relate how the Christ-Child was to be named.  In the Gospel of Luke, the angel told Mary, “You will conceive and give birth to a son, and you will name him Jesus” (Lk. 1:31).  In the Gospel of Matthew, Joseph is told about Mary in a dream: “And she will have a son, and you are to name him Jesus, for he will save his people from their sins” (Mt. 1:21). His name in Hebrew would have been “Yeshua,” a version of the name “Joshua” and a derivative of “Yehoshua:” a name which means “the Lord delivers.”  That is the wonder of his name!

Jesus knows each of you by name.  In this holy season of Advent, may you be listening for your name to be whispered, and like Mary, may you too be willing to respond, saying, “Here I am—the servant of the Lord.”