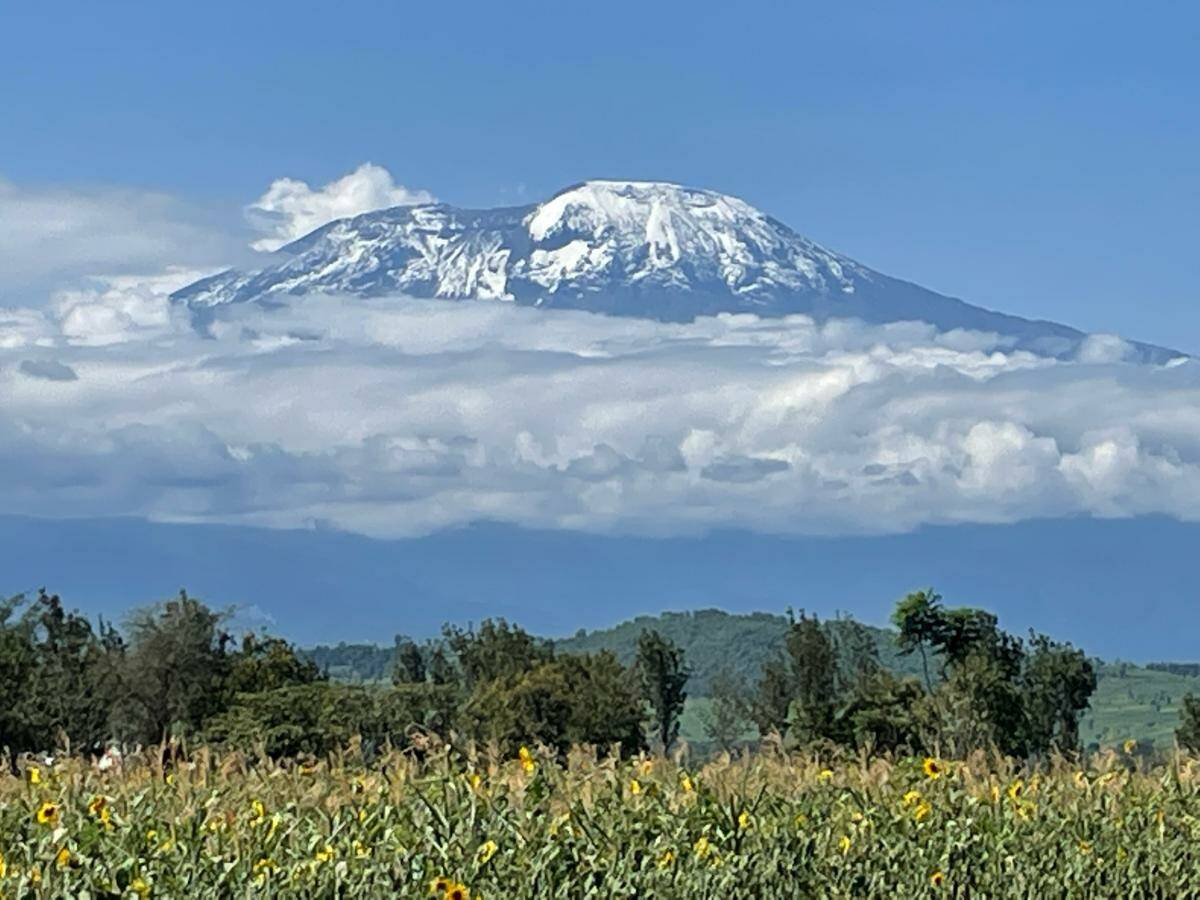 I spent last week in Tanzania, that achingly beautiful land of deep contradictions that reaches from the inland waters of Lake Victoria to the dry savannahs of the Serengeti; from towering green volcanic peaks to the golden sands of Zanzibar.  Presiding over it all is mighty Mt. Kilamanjaro, comprised of three gigantic volcanoes joined together at Uhuru Peak, rising more than 19,340 feet above sea level.

Mt. Kilamanjaro is often invisible, its glory veiled by moody, turbulent clouds. But last week, I had the great good fortune to see its massive, snow-clad heights revealed, floating on an ocean of white billows like a spirit-island in the sky.  Beneath the cloud floor, forested hills reached away in all directions, dotted with large, teeming cities and Maasai villages, both gripped by the endemic poverty of this beautiful place where humanity first began.

In the Book of Revelation at its very end, Scripture reveals a vision of the City of God coming down from heaven adorned like a bride.  Catching a vision of the snowy-white heights of Mt. Kilamanjaro reminded me of this: this promise of a Holy City where war itself will be ended and a time for healing begun; a City where pain and suffering and even death itself will come to an end; a City where God is ever-present and every tear wiped dry.

How different that City is from the Earthly City, as St. Augustine once described it: a world where good and evil are continually at war with one another.  Here on earth we see inequity and injustice, privation and pain, greed and violence, death and decay.  “How long, O Lord?” cry the prophets. The answer lies beyond the veil.

-on a busy thoroughfare filled with bajajs where a hotel stands next to a teeming primary school, its sole purpose to generate enough funds to support the education of these children;

-in the high crater of Ngorongoro, within whose mysterious depths lies a vast game preserve dedicated to the protection of Africa’s most endangered species;

-in a group a humble buildings clustered among plantations of coffee beans and bananas that houses a special school for severely disabled children, many of whom are without fathers and some of whom are without limbs; a place dedicated to the proposition that “disability does not mean inability.” Its name is Faraja, a Swahili word meaning “Comfort.”

No, in the mortal conflict between good and evil, the City of God is already here.  Its gates stand wide open, anywhere and everywhere people are undertaking to carry each other’s burdens and serve one another in love.  When we truly come to understand this, that far-off City, like Kilamanjaro itself, will be revealed in joyfully surprising ways and often in very unexpected places (like right here and right now).

All we really need to do is lift up our eyes.