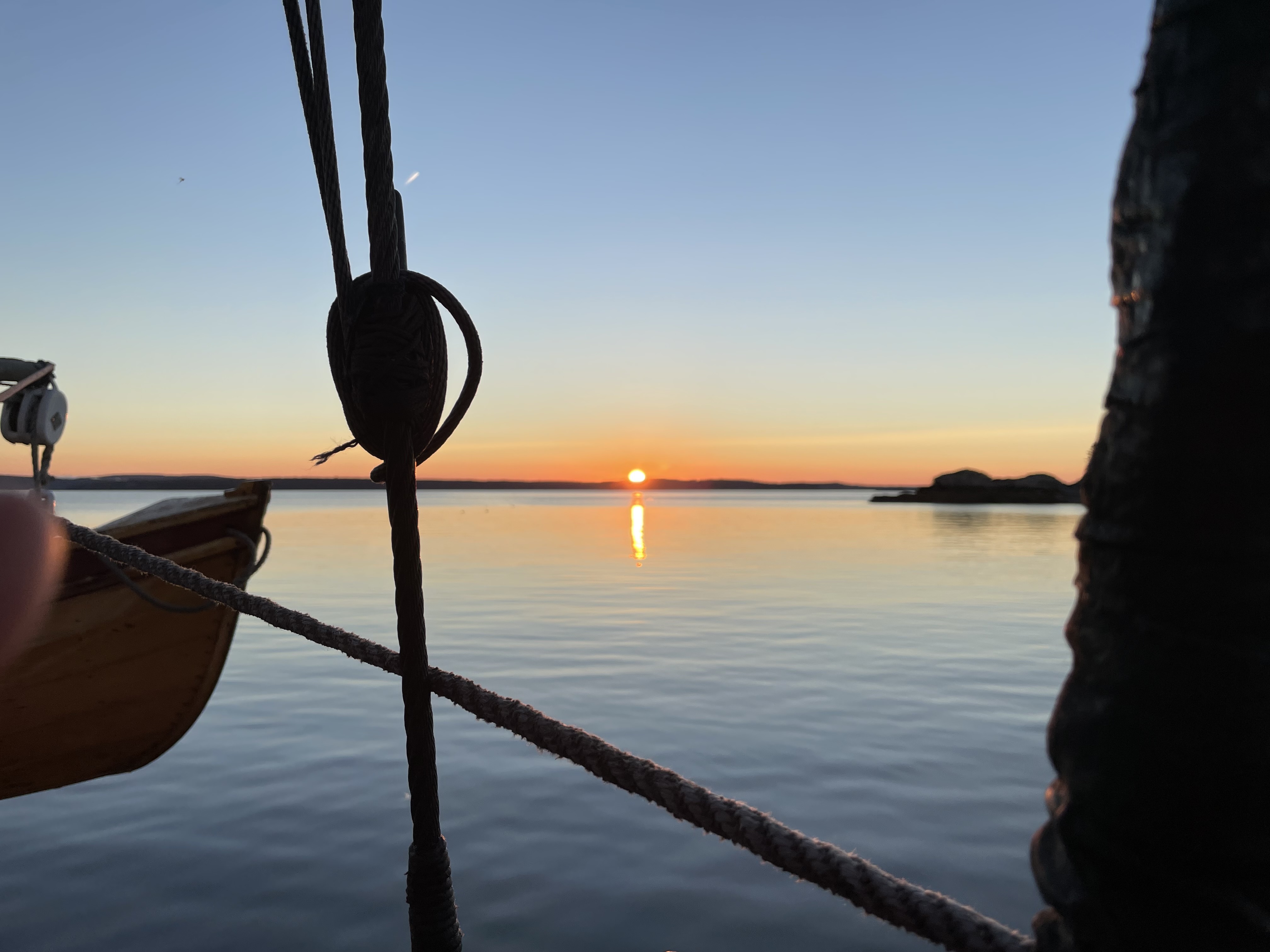 This week, Deb and I joined with some old friends aboard the schooner Lewis R. French to sail across the islet-strewn waters of Penobscot Bay, Maine.  Our cruise had been scheduled for 2020, but the warm, sunny days and moon-drenched nights of a different September brought with them gifts of serendipity and peace.

Each morning we clambered up on deck well before sunrise, quietly watching God paint for us another masterpiece of beauty. “The heavens are telling the glory of God; and the firmament proclaims his handiwork” (Ps. 19:1).  The hours of daylight passed swiftly as we harnessed the winds with 19th century elegance, cutting across the blue waters of the Bay with no engine on board to muffle the cries of the seagulls or overpower the rhythmic breaking of the waves across our bows.

On the eve of the Equinox, the sun set in perfect alignment with the rising of the Harvest Moon, blushing modestly as she rose in silence above the Isle au Haut. “Day to day pours forth speech, and night to night declares knowledge.  There is no speech, nor are there words…yet their voice goes out through all the earth” (Ps. 19:2-4).  As we watched Jupiter, Saturn and Venus emerge to herald the coming of the stars, the International Space Station rose steadily above the horizon.  And suddenly the sky directly above us was set afire by a falling meteor, its brilliant tail momentarily searing the heavens as it disintegrated toward the earth.  Aboard the Lewis R. French, we were filled with awe and wonderment and joy.

This universe we have the privilege to inhabit is ordered by physical laws which govern mass and energy, space and time.  Some laws we know about, like the Law of Gravity and e=mc2.  Other laws remain to be discovered.  Yet they all reveal God’s plan for Creation.  And just as God has established physical laws to govern the universe, God established moral laws to govern our life together.  Both are gifts of grace and freedom–which we humans ignore at our peril.  Like the sun and the moon in perfect tandem, they are revealed in Creation and on the landscape of our souls.
Scripture affirms that we live in a moral universe: that Creation itself is intrinsically “good” (Gen. 1:31).  The same brush that colors the dawn colors our hearts as well with wonder, adoration and praise.  No less than the sun, the moon and the planets, God creates each one of us with wisdom, power and love.

And now as another Autumn unfolds her colored garments across the land in golden-red splendor, let this truth revive you: “The law of the Lord is perfect.”  Its highest expression is the Law of Christ, which is life abundant and unending for us.  We practice it by carrying each other’s burdens.  We practice it by loving one another as Christ has first loved us. 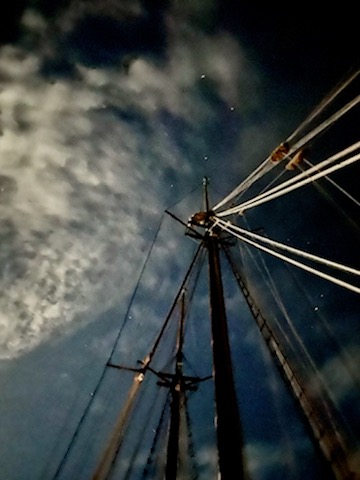 This is what the heavens are telling.

And this is what the firmament proclaims.